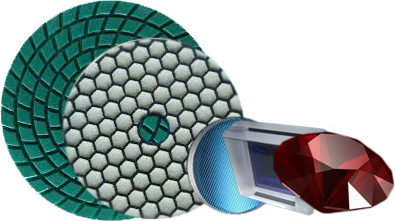 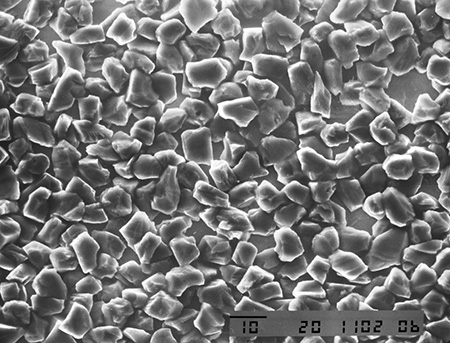 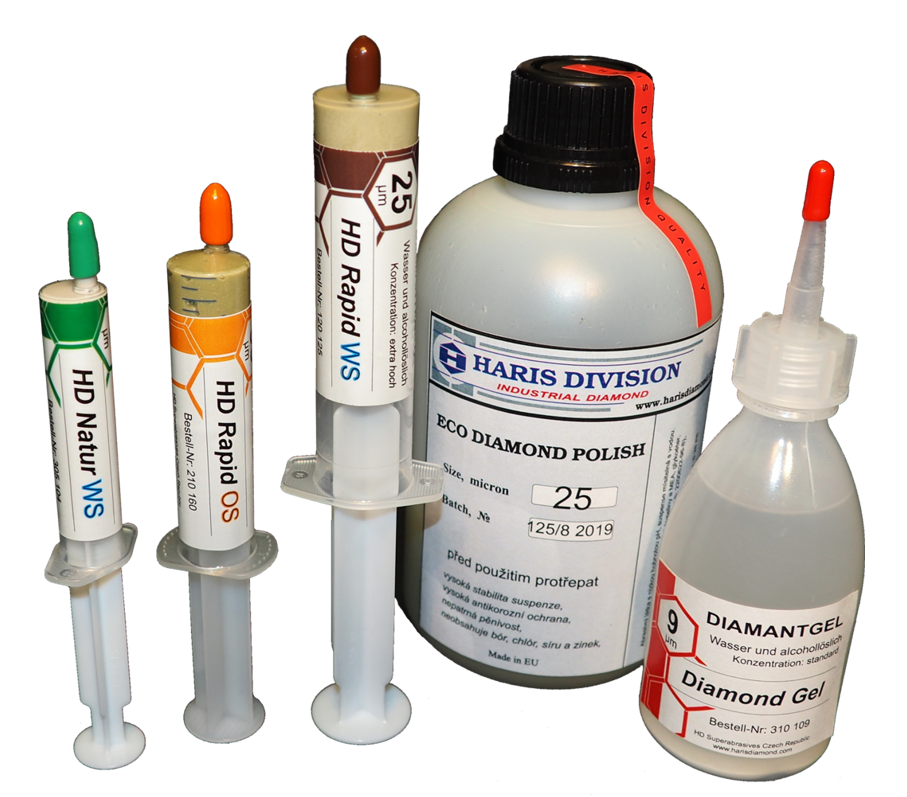 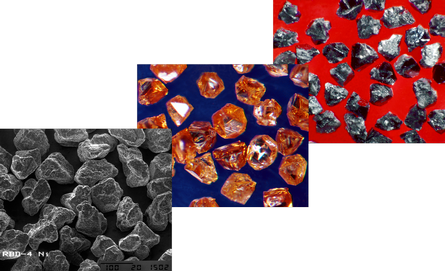 This original work was awarder at 1999/2000 International Metallographic Contest Diploma. 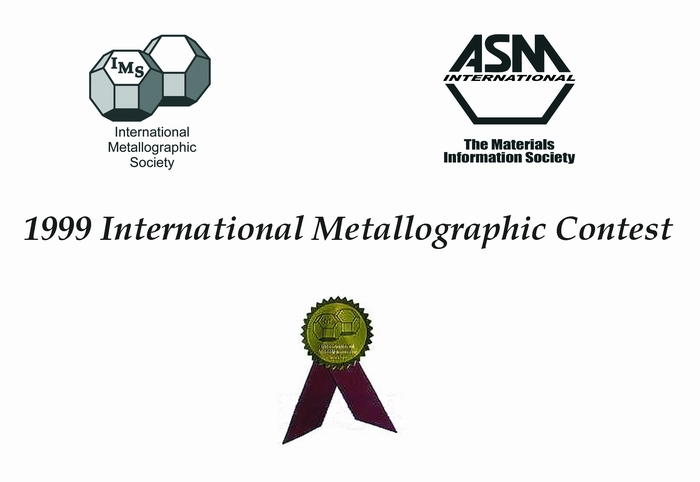 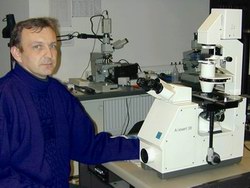 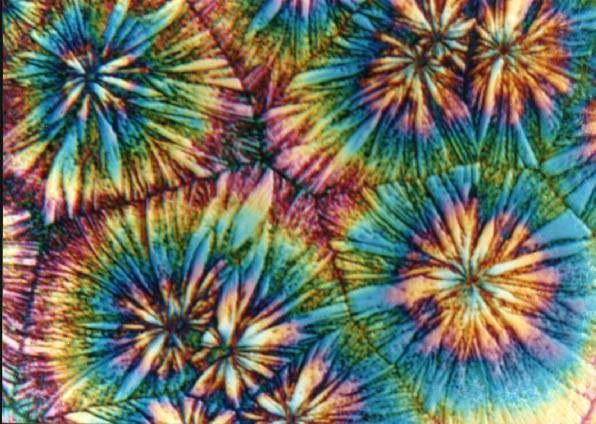 The structure of the silicate film on the surface of silicon.

The silicate film appears in atmosphere of gaseous natrium during the heating (1000°C) of silicon. The growth of crystals begins from the separate centers. The crystals grow as the spherulites. The crystals has a radial structure.

Preparation and photographing of the object.

The semi-conductor polycrystalline silicon was used. The surface was polished with HD diamond paste 0-1micron. They carried out a pickling of the solution in 20% HNO3 + 20%HF + 20%H2SO4+40%H2O during 1 minute after polishing. Silicon was maintained at the gas natrium atmosphere (1000°С) during 2 minutes. At this temperature the natrium evaporates and cooperates with silicon easily.

Monochrome photography has bad image. The colour photographic film, the «FUJIFILM» was used. The speed of a photographic film is 100. They carried out photographing at the illumination appropriating to a daylight spectrum. Therefore all colours are natural.

Technical and scientific importance of a problem.

1.This photo is the cogent argument of the film-mechanism of modifying (microalloying) of Al-Si alloys. The mechanism of modifying of structure is one of the most disputable questions in the physical metallurgy of Al-Si alloys. The famous investigator А. Bochvar, explains the effect of modifying by presence of films. (Film will be formed in Al-Si melt near growing silicon crystal. The form of growth and morphology of the crystals of silicon changes.). The А. Bochvar hypothesis is based on the analysis of properties Al-Si alloys. However nobody observed and investigated films earlier. Therefore А.Bochvar hypothesis is a debatable one. Similar films should be formed in Al-Si melt, which is modified by natrium.